As the COVID-19 pandemic continues to disrupt global supply chains, Thomson Reuters asked Todd R. Smith, Principal at EY who has worked for almost 20 years as a global trade and customs consultant, for his insights into the impact on multinational companies.

Todd R. Smith: I would say there are two things that are rising to the top as common pain points and pervasive needs. First, every country is passing legislation or they’re revising regulations to lessen the financial cashflow impact of a global shutdown. For a global trader, it’s hard to keep track of all of the tax and trade relief incentives worldwide. They need a way to track all of these benefits that governments are announcing and decide if it makes sense to pursue them or not.

And it’s not just with customs. It’s income taxes. It’s sales tax. It’s VAT. It’s payroll taxes. There are tons of measures being carried out and enacted all over the world. It is a challenge to just get your arms around all of that.

Thomson Reuters: What is the second challenge?

Todd R. Smith: The whole notion of visibility into the supply chain is taking on drastically new meaning. Normally, global trade directors and managers monitor purchase orders (POs) and the expected delivery dates of goods that they’re ordering. For most companies, that has just become a complete black hole because the POs have gone out but, because of the shutdown in Asia, there is very little communication back from the factories as to when those products are actually going to ship.

And you have no idea where they are in the manufacturing process. You have no idea if the goods are coming off the line and being put into packaging or sitting in a container somewhere. And it’s not only the logistical flow — where the goods are physically — but also the financial flow. Where is the PO or the invoice or the payment in the lifecycle of a shipment?

As I said, the notion of real-time physical and financial flow visibility has really, really taken on a new meaning.

Thomson Reuters: There is not a quick fix for that, but how do you expect companies to respond in the long term?

Todd R. Smith: Historically, we have discussed and addressed supply chain visibility in the context of a control tower and that concept is resurfacing as a requirement. A lot of companies are going to be re-evaluating and figuring out how to implement this control tower and layer in financial flow visibility as well.

I envision that when things open up, there are going to be a lot of discussions and movement around this whole notion of having better visibility. Real-time, better visibility into both the physical movement of goods as well as required admissibility documentation, such as preferential origin certificates and financial documents including letters of credit.

Thomson Reuters: What is the day-to-day impact of the current situation on companies’ trade managers?

Todd R. Smith: It’s a mad scramble. There are different people within a company that are all doing what they can to find out what the status of these things are. Whether it’s your Treasury dealing with a bank. or it’s Logistics dealing with ocean liners. Then there’s somebody in the company who’s taking in all that information via email and trying to create some semblance of a picture of where things stand, using Excel for the most part. It’s a scramble, and it’s chaotic.

Thomson Reuters: Long term, what operational changes do you anticipate?

Todd R. Smith: I think there’s going to be a resurgence in the development of better visibility tools. Also, I’ve seen trends where big-box retailers — whether they’re hard goods or apparel — have tried to consolidate the number of vendors in the supply chain to have better compliance with regulations, especially for things like forced labor and a host of other regulatory requirements that need to be met. The quid pro quo works like this: the vendor gets more volume from the company and, in return, invests more in controls so the company is assured they are a compliant partner.

But now we see the impact of that from a faster-recovery scenario. What happens when you put all your eggs in one basket, so to speak, and a region gets shut down? Can you adapt and recover quickly enough?

I think we’re going to see two things. In some cases, we’re going to see supply chains become shorter, meaning that production may be a little bit closer to home. And I think we may see a bit more diversification in the supplier base. In this way, if a company needs to shift to a different geography, they’ll be able to do that more quickly.

Now, that’s easier said than done. But I do think that’s going to be a new reality.

Thomson Reuters: In what ways is it easier said than done? What are the challenges?

Todd R. Smith: Being able to assess the battlefield, so to speak, and make quick, nimble changes to your supply chain will depend on good information. For example, if the decision is to shift production from China to Cambodia, you not only have to know that there’s a factory there with the capabilities to fulfill your production demand, but you also have to look at the impact that’s going to have on your landed cost.

You have to look at the cost of production, of shipping the products, but there also could be duties and taxes that are different when you make those moves. You could perhaps be manufacturing in a country where you have a Free Trade Agreement, for example.

These are all considerations, and the ability to do analytics quickly will certainly help facilitate decisions in a faster, more nimble timeframe. This will be the new best-in-class operational state. Will companies, just like governments, learn from the current pandemic crisis and take action, or breathe a sigh of relief that they survived and simply kick the can down the road? That’s yet to be seen.

For more, go to our webinar, The Impact of COVID-19 on the Global Supply Chain, now available on demand.

Thinking of starting your own firm? Awesome. Our comprehensive guide explains what you need to know.

Identify the right business opportunities and apply a value-based pricing model to reveal your true worth to your clients.

Accounting software for accountants to help you serve all your client’s accounting, bookkeeping, and financial needs with maximum efficiency — from financial statement compilation and reports, to value-added analysis, audit management, and more. 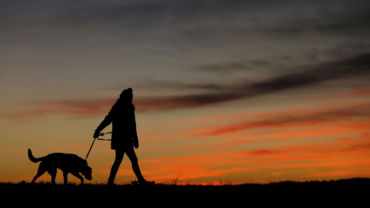